First of all, the ground plan of Stonehenge (Wikipedia):

Now we compare this floor plan with the following picture: 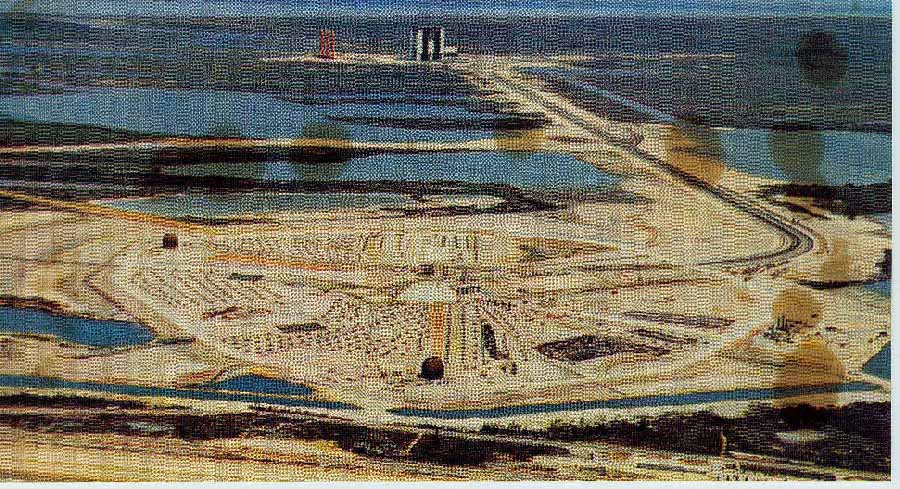 This is the construction of the Apollo missions' launch pads at the time. The stains on the photo are from ancient glue behind the picture.

We must strongly assume that Stonehenge represents an "altar" or "temple". In other words, a place of worship of an earlier religion.

Perhaps the earlier inhabitants of England simply depicted a launch pad with stones to pay homage to the supposed "gods"? But where did they get the knowledge of what a launch pad should look like? Perhaps, again, they saw a picture or even the original. But if this is really the case, we will find out in the next few years. For the solar system would have to be full of technical rubbish from the "earlier gods".


Admittedly: This theory is a little daring. But the similarity to the ground plan of a launch pad is given.